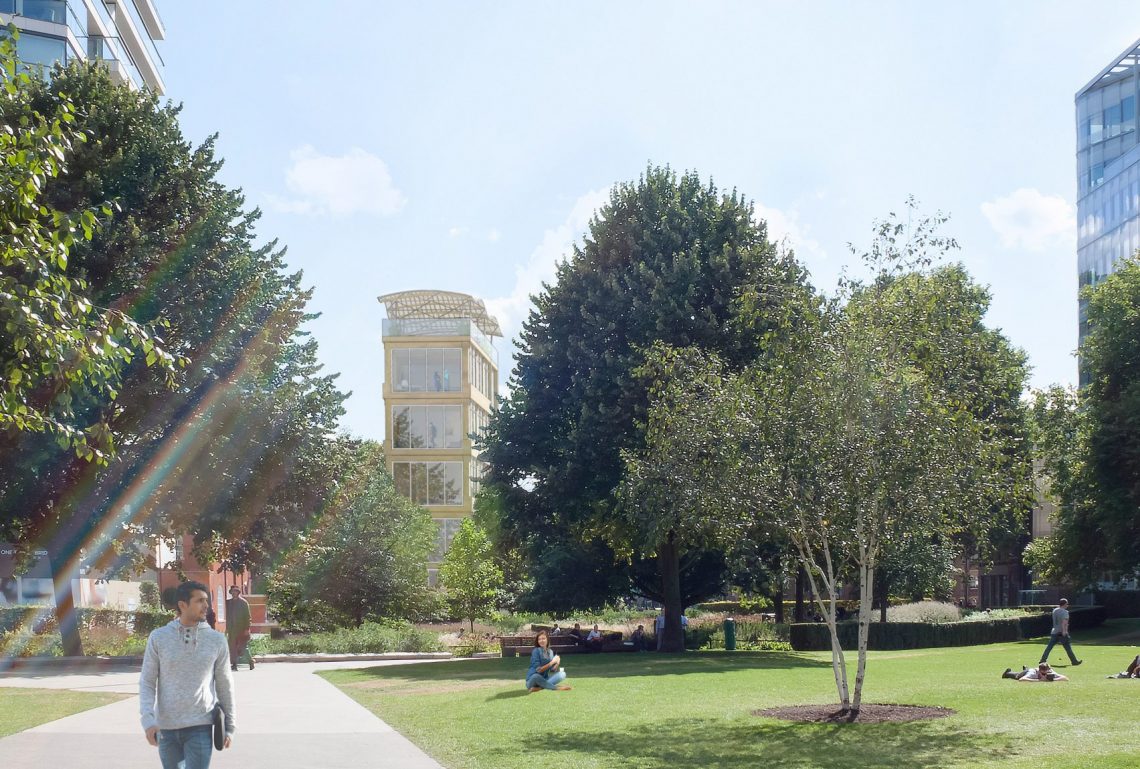 Japanese architect Shigeru Ban has teamed up with cross-laminated-timber expert Waugh Thistleton to design his first UK building – a five-storey house that will be built beside London’s River Thames.

Southwark Council last week granted planning approval for the so-called “pagoda in the park”, which is proposed at Potters Fields, behind City Hall and a short distance away from Tower Bridge.

Called Southwark House, the 21.5-metre-high property will provide a family home for property developer John Curran, his wife and his daughter.

Both Tokyo-based Ban and London-based Waugh Thistleton are advocates for sustainable materials. Ban was awarded the Pritzker Prize in 2014 in recognition of his pioneering use of cardboard for disaster-relief projects, while Waugh Thistleton champions CLT as  “the future of low carbon construction”.

For this project, the pair have designed an “innovative timber-framed high-rise structure”, to allow the house “to blend with nature”.

“Timber as a material has traditionally been used in London, and many examples of Tudor architecture in small and medium scales still exist within the city today,” reads the design statement submitted with the planning application.

“The construction of wooden architecture is fast, quiet and can minimise nuisance for the surrounding neighbourhood,” it states.

The building will contain three bedrooms, a ground-floor office or workshop, and a roof terrace.

It will be topped by a “wave profile” roof, made from “a lightweight timber and steel hybrid grid, covered by a translucent membrane”, and will also boast a wall of glass blocks fronting Tooley Street.

The project was submitted to Southwark Council in October 2017.

Concerns were raised by Potters Fields Park Management Trust, who were worried about the conflict between the private nature of the house and the public use of the park. Also, Team London Bridge, the organisation that represents the local business district, suggested the building could do more to support biodiversity.

But despite this, the project was granted full planning permission on 8 January 2017.