Last year’s massive King Fire burned 63,000 acres of Eldorado National Forest, at one point even threatening to jump the crest and spread to Lake Tahoe. In the fire’s aftermath, the Forest Service has released its plan for the King Fire Restoration.  Unfortunately, it is all about logging the burned trees (“salvage logging”), establishing sterile tree plantations, and spraying lots of herbicides. The Forest Service still seems eager for any opportunity to log, and thinks restoration is simply growing more trees as fast as possible, so they can log some more. Is this how we treat the public’s forests? What about the Forest Service’s own regulations that require the protection of the biological richness of the Sierra Nevada? 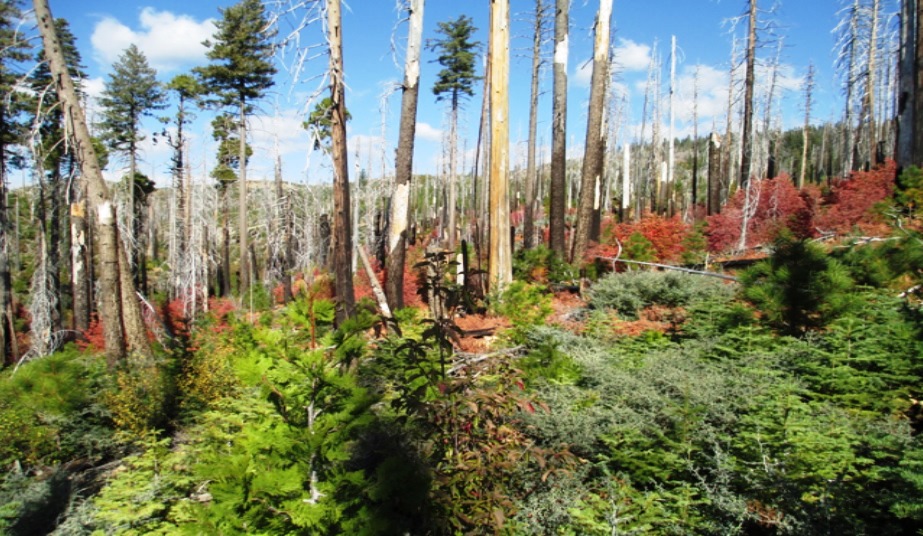 Photo credit: John Muir Project
Natural Regeneration After a Severe Fire
After a fire like the King Fire, burned areas can actually recover very nicely without logging, planting and spraying. After a fire there is a rapid regrowth of vegetation, attracting birds like woodpeckers, hummingbirds, and flycatchers — and butterflies. And the burned trees become nesting and foraging habitat for wildlife like the California Spotted Owl, whose populations are in serious decline. Owls prefer old growth but they can forage in the newly open burned areas and nest in standing dead trees. Forest ecologists talk about the biological richness of this stage, when a forest begins natural succession and gradually, over decades, returns to a conifer forest. Ecologists call this early stage the “Complex Early Seral Forest,” and note that it is the rarest type of forest habitat (but it is invariably targeted for elimination by the Forest Service). Find more on the research the Forest Service should be paying attention to in the Sierra Forest Legacy/Sierra Club comment letter. 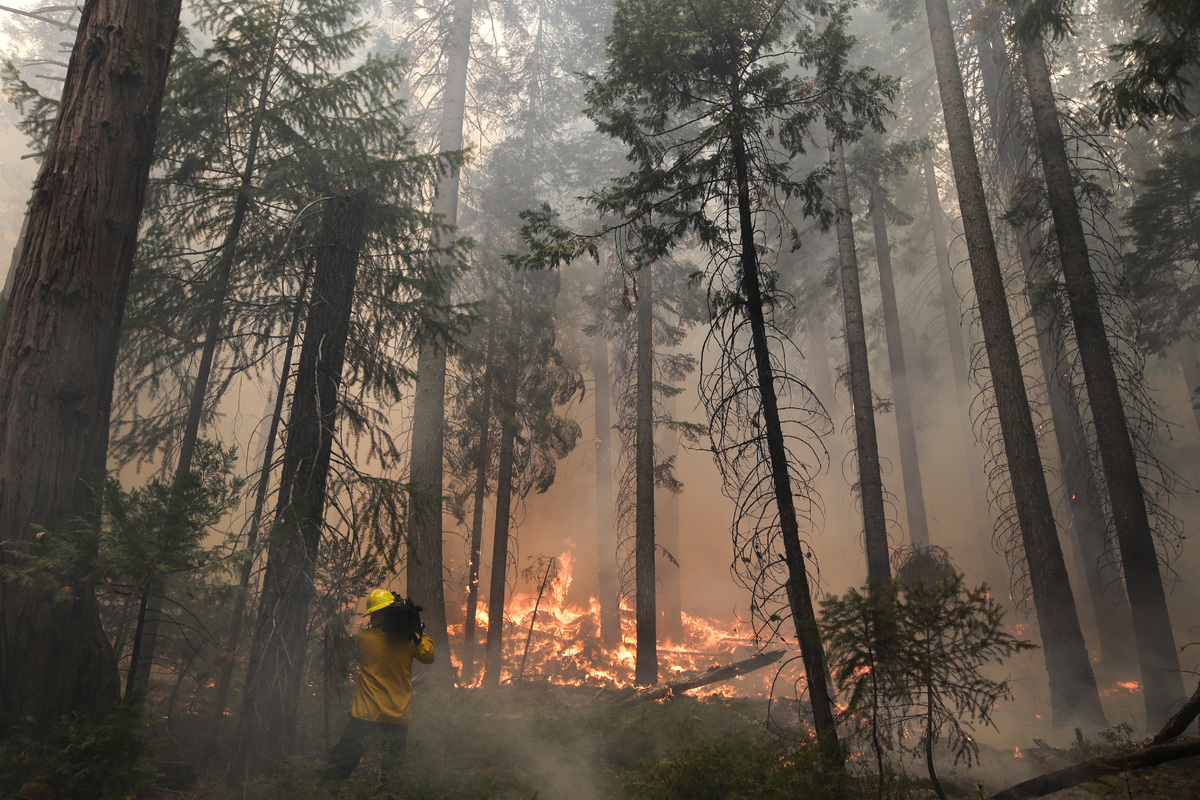 Restoring Natural Fire Intervals
Why was the King Fire so large and so intense? The scientific research is clear: For over a century the Forest Service logged large fire-resistant trees and clearcut, while putting out every fire. Now there’s an enormous build-up of forest fuels. The frequent and mostly low and moderate intensity fires under which the Sierra Nevada evolved have been replaced by larger and more severe fires, which burn even the large trees which usually survived. The highest priority ecological need in the Sierra is prescribed fire, to maintain forest fuels at the level they should be. Ecologists tell us learning how to manage fire is what should guide improvement in watershed health and protecting biological diversity. Managing fire should also guide post-fire restoration.
What You Can Do
Send an email/letter to Laurence Crabtree, the Forest Supervisor of Eldorado National Forest, and copy Randy Moore, the Regional Forester (Crabtree is his subordinate). Tell them you do not support the current plan, and instead support the Conservation Alternative proposed by in the comment letter from Sierra Forest Legacy and Sierra Club. You’ll find the emails, addresses, and a sample email/letter that you can personalize here.
CategoryEnvironment, Responsible Forestry, Timber Laws and Programs, Responsible Timber Procurement and Certification
TagsEldorado National Forest, King Fire Restoration Ignores Ecology, Sierra Club